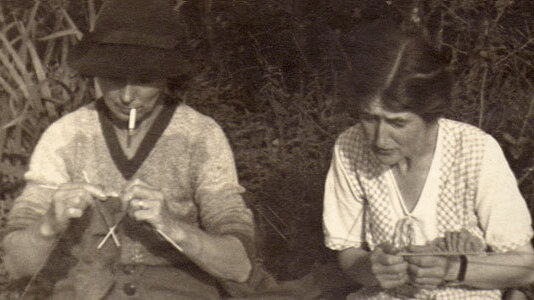 A play about women, work, and knitting. Threads weaves the stories, historical, verbatim, and imagined into a multi-stranded piece of theatre using music, song and dance. From 19th Century millworkers to modern day knitting clubs, writer Sylvia Dow brings to life the history of knitting in the borders and the threads of life, fate and destiny which bind us all.

by Joyce McMillan - The Scotsman

"rhythms of the mills explode into life"

The play is the outcome of a longer project Knit Two Together, hosted at Heart of Hawick (2012) and funded by the Heritage Lottery Fund (HLF), in which Stellar Quines and Sylvia Dow engaged the local community and their stories in the development of the play.

Sylvia Dow’s first full length play A Beginning, a Middle, and an End toured Scotland and the North of England in 2012 and was initially presented during a Stellar Quines Rehearsal Room. Sylvia was one of the Traverse Fifty writers and has had work presented at the Traverse and Oran Mor. Threads is part of Luminate: Scotland’s Creative Ageing Festival and Borders Live Touring