Home > Shows > The Memory of Water

The Memory of Water 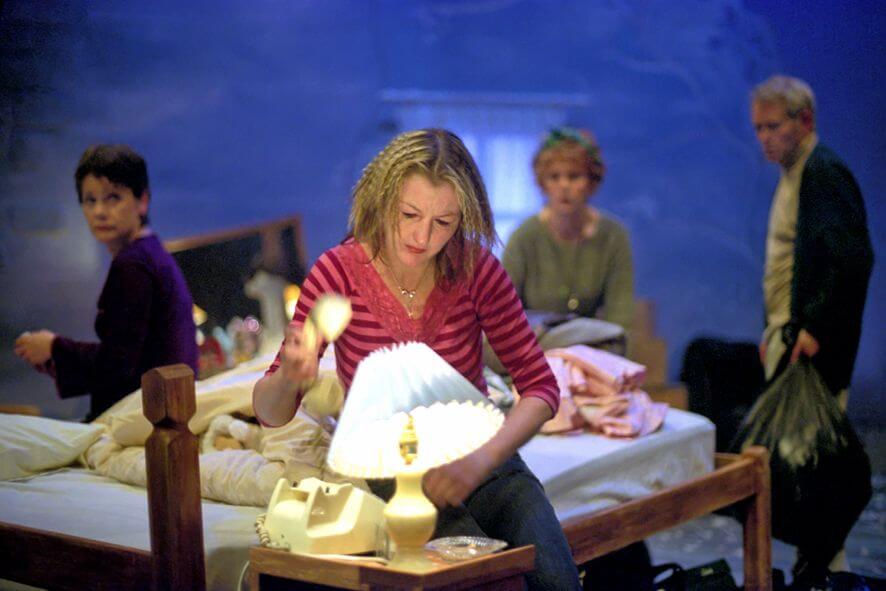 The Memory of Water

Three sisters meet on the eve of their mother’s funeral. Together they rummage through their collective memories, dredging up old stories, events and conflicts. Each has evolved their own way of dealing (or not) with the past but as emotion, disputed memory and alcohol each takes its toll, they slowly dissolve into a chaos of hilarity and grief.

"An acute and funny writer, Stephenson carves out a welcome territory that is distinctive, contemporary and theatrical"

During the Scotland-wide tour of The Memory of Water, Stellar Quines invited audiences to share memories with their fellow audience members.  In certain venues, Outreach Workshops were run with groups of women, exploring memory, how we recall and how the play addresses the notion of memory, particularly amongst the three sisters, Mary, Catherine and Teresa.  Audience memories were recorded on luggage labels and posted into a giant steamer trunk that accompanied the tour.