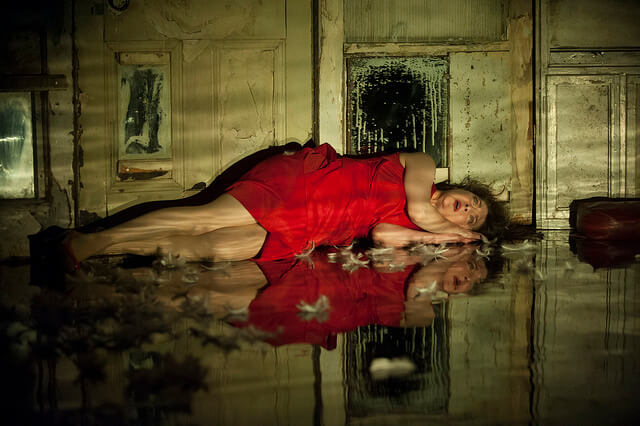 Nothing can stop the carousel. While driving to her dying mother’s bedside, a woman calls upon the spirit of her dead grandmother. So begins a quest through a labyrinth of memories. The Carousel is a journey that shatters the certainties of a woman marked by a pitiless landscape. Ultimately, joy prevails, in a final ride on the carousel.

The Carousel is the second part in Jennifer Tremblay’s powerful and evocative trilogy which also includes The List and The Deliverance. It stars Maureen Beattie and has the same creative team behind the production as for The List, including director Muriel Romanes and design by renowned Scottish artist John Byrne.

Awards for The Carousel

The Carousel is supported by Creative Scotland.

"a complex and moving story with a compelling performance throughout"

“a stunning turn from Maureen Beattie”