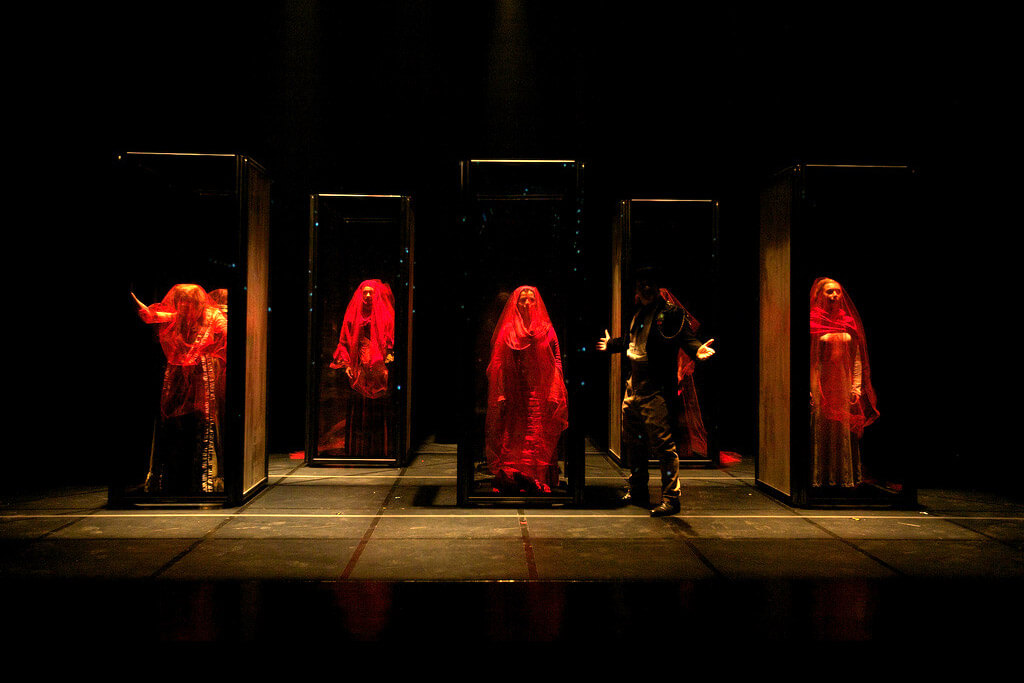 ANA is a ground-breaking international co-production between Stellar Quines and Montreal based Imago Theatre. It blends the rhythms of Scots-English with Canadian-French to explore a space that words alone cannot describe.

Born before history – before even the gods – in the house of stars, ANA is a strange and wondrous being. She is a delight and a terror. An abomination, a deity, a freak and the star of our carnival show.

ANA is not bound by the same laws that govern the lives of us mere mortals. When this creature is caught in the mouth of inescapable decision, instead of choosing either side of kismet’s coin she deceives fate by splitting into a new self, multiplying at every crossroad, escaping her own terror to survive, to be free. But the selves she leaves behind still exist and go on living to this day. Now, completely overcome and bewildered by her many incarnations, ANA must face her selves to reconcile her countless existences.