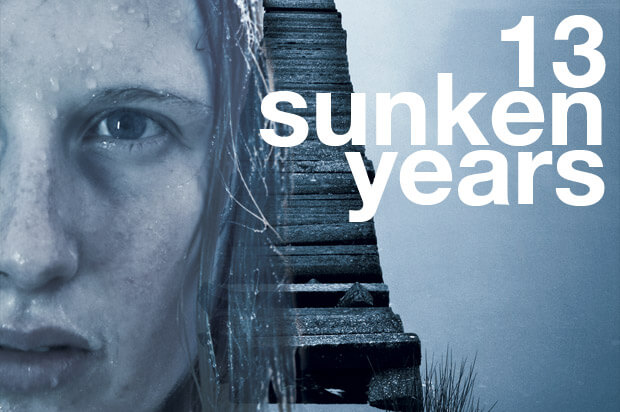 In association with: the Finnish National Theatre

Set in a remote Finnish town, 13 Sunken Years is the story of three generations of women who are dealing in one way or another, with loss in their lives, whilst finding strength from each other, and from the landscape that surrounds them.

The European Premiere of Finnish playwright Paula Salminen’s haunting and poignant play has been translated and edited for this production by Eva Buchwald and is presented in association with the Finnish National Theatre. It is the first co-production between two of Scotland’s leading theatre companies who champion the work of women in theatre, work with people with learning disabilities and who encourage accessibility in their work both on and off the stage.

“the play is illuminated by a bold trio of central performances”

“laced with a simmering sense of grown-up mystery”

“Nicola Tuxworth as Eva combines fragility and grace, love and hate, frustration and restraint, in a central performance of real power”

by All Edinburgh Theatre

13 Sunken Years won Best Play in Finland in 2012. It will play at Assembly Rooms during the Edinburgh Festival Fringe before touring to the Beacon Arts Centre, Greenock, Paisley Arts Centre and Heart of Hawick, post-festival.